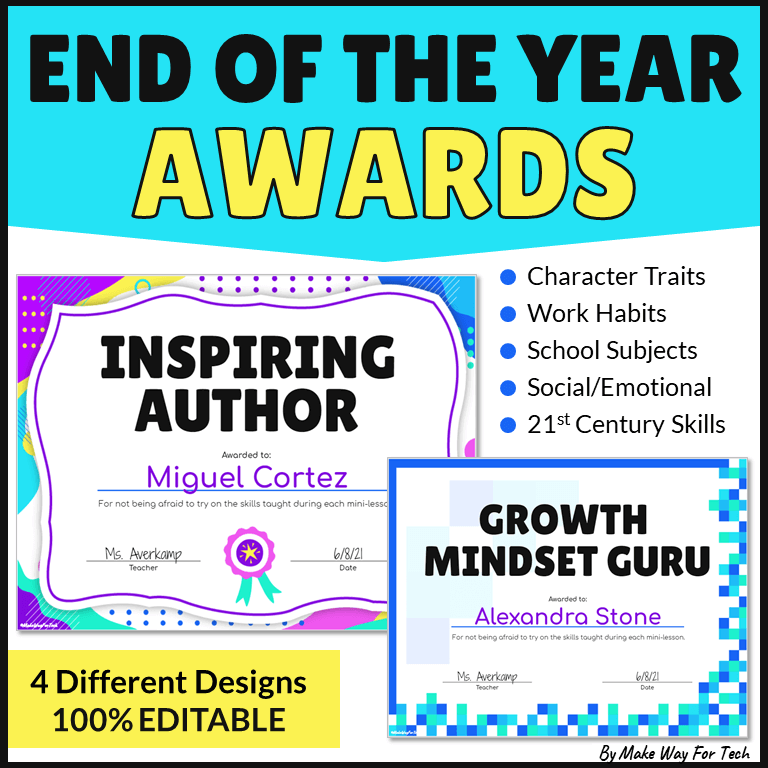 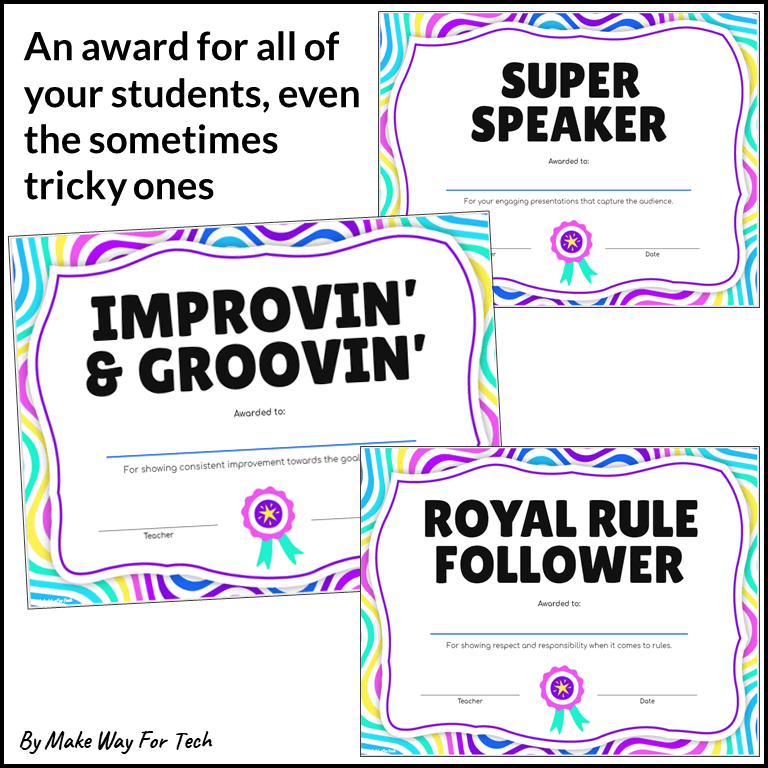 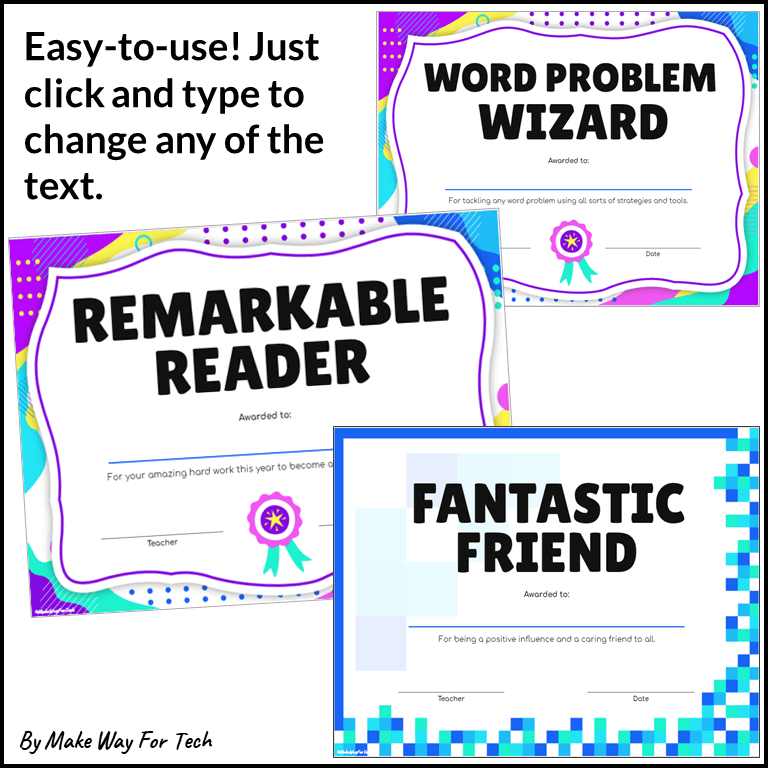 Get This Product On Teachers Pay Teachers

End-of-the-Year Classroom Awards for Each of Your Students

I started giving out end of the year awards a few years ago. I love making it into an awards ceremony, having each student come up and really talking up their great qualities and why they’re receiving the award.

The key to making sure each student loves their award is by making all of the awards really important. For instance, giving someone a “perfect personality” award and giving someone else a “bookworm” award in my opinion isn’t exactly awesome for the student who got the bookworm award.

The other reason I didn’t initially love awards is because I always found it hard to find an award that really fit for each of my students…aaaand I also don’t like cutesy student clipart 🙈.

So, I decided to create my own. As I got going, I realized I wanted to incorporate social/emotional successes, as well as character traits, work habits, and school subject strengths. I also realized how important recognizing 21st century skills is so I created multiple awards in that category too. 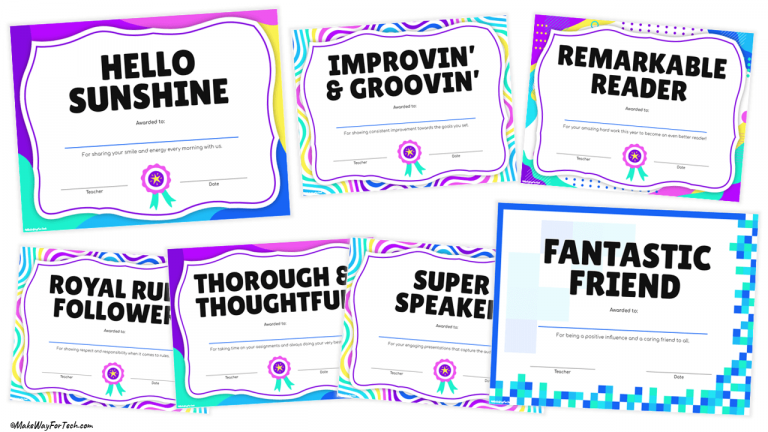 Each award also includes a line that describes the award. I made this editable as well so that I can tweak it each year to perfectly fit the student receiving the award that year.

If I don’t love the name of the award, I can click and type to change that in a snap, too. And, if I come up with a new award, I can quickly make a new one with the “create your own” template.

There are 151 awards, but here are a few of my favorites.

View all the End of the Year Awards

Get This Product On Teachers Pay Teachers